Islam means "Peace" and "Submission". When we say Salam Alaikum we are saying "peace be upon you", and as muslims we believe in "Submission" to The most Merciful and most Glorious Allah.

The basic beliefs of a Muslim are the following

- Belief in Oneness of Allah

There is only Allah to whom we worship and believe, no other or thing is associated with the most Gracious Allah.

"The Messenger believes in what has been revealed to him from his Lord, and so do the believers. All believe in Allah, His Angels and His Messengers."
(Qur’an 2:285)
It is obligatory, and infact an essential part of faith to respect all of the Angels. Therefore, it is unthinkable for Muslims to have any animosity towards any of the Angels, let alone cursing them. Any such action is considered an act of Kaffir (disbelief).


- Faith in The Prophets

- Belief in the Books of Revelation
Muslims believe in The Psalms, The Torah, The Bible aswell as the final revelation The Quran which was sent down to Hazrat Muhammad (s.a.w)

- Faith in Destiny
As Muslims we believe that everything is pre destined and written by Allah. Everything in this world happens for a reason, sometimes it may just be Allah testing us.

The Five Pillars of Islam

There is no God but Allah, and Muhammad is the Messenger of Allah
As Muslims we are required to pray five times a day, Fajr, Zohar, Asr, Maghrib and Isha namaz.
Its compulsory for every Muslim to give Zakat and charity, and to help the less privileged. Its giving a set proportion of ones wealth to charity. Its the giving of 2.5% of ones wealth to help the poor.
Muslims fast in the ninth month of the Islamic Calender called Ramadhan, fasting from sunrise to sunset. Its very important for every muslim to fast in this month because the Quran was revealed in this month. The gates of Heaven are open during this holy month and the gates of Hell are closed, and the devils are chained up in hell.
All Muslims who are physically able to do so, should perform Hajj once in their lifetime. Hajj is the pilgrimage to the holy sites in Makkah and Medina in Saudia Arabia. Muslims stand before the Kaaba and pray to Allah. Hajj occurs in the twelfth month of the Islamic calender in the month Dhul Hijjah. 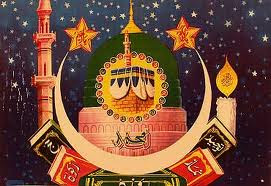 I am a Muslimah from London, I enjoy learning and have a interest particulary in learning more about Islam, about Islamic History, I enjoy following politics around the world especially when it involves muslim countries, another thing I have passion for is anything fashion related.

I will be writing blogs covering topics mentioned above. I do read alot and research into topics which interest me, so when I am writing about a topic I will be adding links for extra reading into the subject.

I'm looking forward to writing blogs and sharing my views and knowledge.

The Prophet (s.a.w) said: "Acquire knowledge and impart it to the people." - Al-Tirmidhi, Hadith 107

The Prophet Muhammad (peace be upon him) said: "The seeking of knowledge is obligatory for every Muslim." - Al-Tirmidhi, Hadith 74